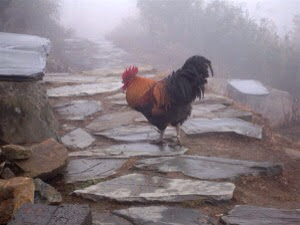 Misty morning at Carrowcrory, though rising and sky clearing, but soon another cloudy cold day it will be, with showers later  Icy snow still on the ground. Book finishing is still happening, ouch, deadline past.

Still a winter's day in much of the Northern Hemisphere. Are you still hibernating?

This sub zero cold spell at Carrowcrory, and around Ireland, seems to be coming to an end after tonight, for now, and then day temperatures rising for a awhile, until at least the end of this month.

Beautiful sunny spring-like day coming up on Saturday, but the milder Sunday looks like being showery now.
The current Brighid's Day and Imbolc forecast is also be spring-like. Still cool, but no snow or ice. A mix of sun and showers, around 6C highs and 3C lows.

Make the most of this upcoming break from winter as there are signs of another week or so of a cold snap brewing for about 2nd week of February, but March is currently looking good. 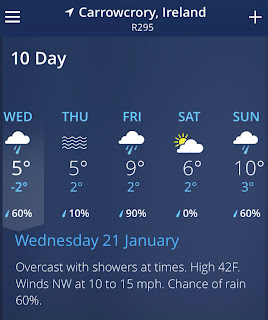 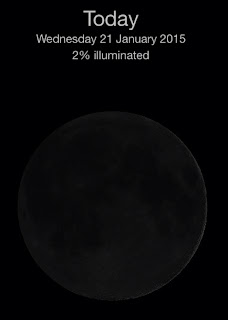 Last night, Eco Eye presented one of its almost annual documentaries about forestry, or lack of it, in Ireland. Duncan Stewart investigates the economic implications of more forestry, discovering how the industry could become an area of major financial growth. Duncan Stewart asks why Ireland is reluctant to grow more trees.

Included is a factory who have reduced their emissions by 92% through changing from oil to wood chip energy, and reduced their fuel bill by 50% - plus provided a lot of extra local jobs in the forestry business.

He also visits a local company in Donegal creating wood chip fuel and compares it to a big oil corporate company and how they help companies to reduce fuel costs by 50%, and support local economy and employment.

Duncan also asks why the Irish Government is so obsessed with importing oil fuel to fuel schools, hospitals and other state properties when they know the potential, savings and economic potential of Irish forestry, even when one of their departments, Coillte is telling them ???

Duncan also asks why farmers are not interested in forestry, considering financial yield from wood being more than for animals and crops. Their response demonstrates fear of the market for wood will not be there when they harvest.  One thing revealed is that the Irish Government now supports and grants the installation of oil and gas boilers into homes much more than for wood boilers. Total nonsense!!!

Is Big Oil puppeting the Irish Government?
98% of heat fuel in Ireland is oil or gas !!!

Duncan finishes by meeting some young children starting their own business making fuel blocks from sawdust and waste paper. :-)

2014 documentary. In ancient Ireland, trees were revered and worshiped, the price of chopping one down was severe, so why has this love and respect of our natural woodlands not survived?

2013 documentary. How Irish forestry could help to solve both local and global problems and why we need even more

The Consciousness of Trees

In this wonderful video of forest resilience and regeneration, Professor Suzanne Simard shows how all trees in a forest ecosystem are interconnected, with the largest, oldest, "mother trees" serving as hubs. The underground exchange of nutrients increases the survival of younger trees linked into the network of old trees. Amazingly, we find that in a forest, 1+1 equals much more than 2.

Why You Should Consider Converting Your Music To A=432 Hz

Einstein Agreed. Science claims to have proved it. Everything, including our own bodies, is made up of energy vibrating at different frequencies. Can sound frequencies affect us?

The science of Cymatics illustrates that when sound frequencies move through a medium such as water, air or sand, it alters the vibration of the matter. As our own bodies are about 70% water, then the impact of sound on us is like a pebble thrown into water and its multiplying outward ripples.

Here is an article that looks at this further ... 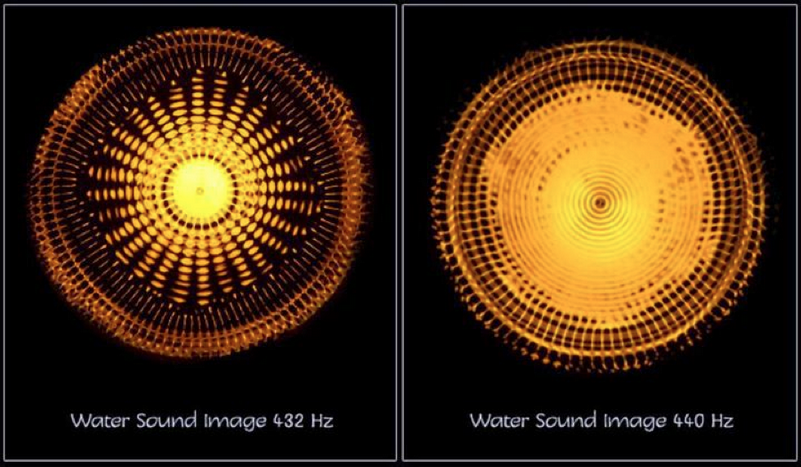