Showing posts from May, 2015
Show All

Bathing In The Fae's Breath Once More 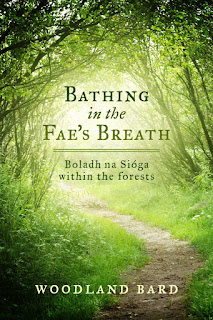 Saturday, 23rd May 2015, and this was called the Irish Launch of my Bathing In The Fae's Breath book. A different sort of launch, really, as it was not the regular pat on the back event with speeches and a celebrity saying how wonderful the book is. The intent of the event was to have an intimate audience served with a performance of some of the Bathing In The Fae's Breath work plus a social supper buffet. To do this we had the nerve to ask people for €25 up front as we did not have a sponsor or fund to do this any other way. This was not an event that invited people along for a few drinks and leave their book buying as being optional. Claire Roche, singer harpist and keeper of Woodford House in Co. Dublin was the host. She put her heart and love into making this event happen at Woodford House. The interest was beyond what was expected. The anticipated limit was 25 people but 42 people wanted to come along. 38 people actually showed up. We learned that four peo
Post a Comment
Read more ... » 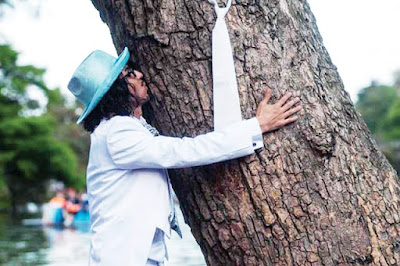 On some days I am posting recent stories on Food Forests Forest Relaxation Local Food Hubs Permaculture and some other interests 1) Tree Marriage Rites Maybe after equality with humans has been established, in partnerships, maybe equality for partnerships with Trees ??? click here to read the Britannica.com entry 2) Hawthorn, Whitethorn, May Blossom During mid May, the fresh green of the hedgerows is now frosted with layers of white hawthorn blossom that lie on the branches like snow. This shows that the fullness of summer is on its way. Hawthorn, whitethorn or May blossom has a special place in Irish mythology. Many rag trees near holy wells are hawthorn. Their fragrance is also said to tease the wombs of women ... read on ... click here to read the A Celtic Year blog post 3) Walk Of Wonder If you go for a walk along Ireland's lanes, and especially into the woodlands, you will be stunned by all of t
Post a Comment
Read more ... » 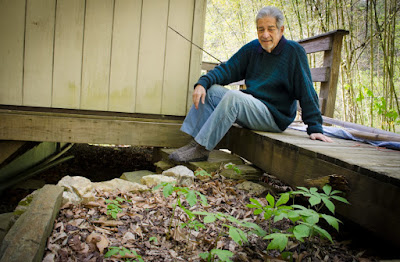 On some days I am posting recent stories on Food Forests Forest Relaxation Local Food Hubs Permaculture and some other interests 1) Harvesting of Forest Plants Needs Mindful Consumers People in the West Northern Carolina mountains have been foraging in the woods for generations, seeking out edibles like mushrooms and medicinals like bloodroot, goldenseal, black cohosh and ginseng. But with interest in these plants rising and more novice foragers venturing into the woods, the plants are becoming harder and harder to find. Carloads of people are sometimes seen going into the woods with big grocery bags.The rise in popularity of tailgate and farmers markets is also putting an increased demand on these forest plants. Many people don’t understand where the plants they buy are coming from. Please read more as this is relevant worldwide ... click here to read the Mountain Express news report 2) How Eastern USA Forests Came To Be Spring visitors to
Post a Comment
Read more ... » 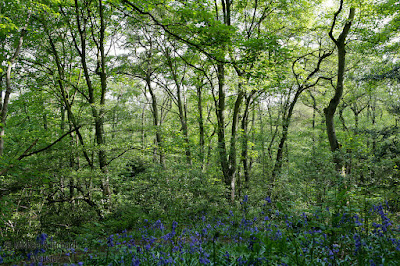 On some days I am posting recent stories on Food Forests Forest Relaxation Local Food Hubs Permaculture and some other interests 1) Bealtaine Living Earth Festival  This is the first year that the Native Woodland Trust of Ireland will be taking part in the Bealtaine Living Earth Festival at their Gracedieu Community Woodland for the festival on Saturday 23rd May from 12 to 2pm. The Native Woodland Trust is an environmental charity dedicated to the protection of Ireland's rare native and ancient woodland. The Trust achieves this by setting up woodland reserves around the country, such as Waterford's Gracedieu Reserve. This reserves network allows the Trust to protect existing woodland as well as plant new native woodland for the future. Read more ... click here to read the Waterford Today news report 2) E-Farmer's Market Interesting idea, order wholesome local food and crafts online through this Ireland portal and have the order del
Post a Comment
Read more ... » 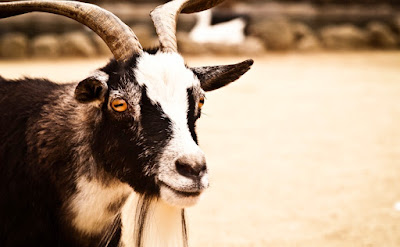 On some days I am posting recent stories on Food Forests Forest Relaxation Local Food Hubs Permaculture and some other interests 1) Raw-Milk Loophole: Goatshare Programs The hottest trend, at least in southern Alaska, is to split the ownership of a goat with your neighbors. It's like Zipcar for goats, as long as you keep an incredibly liberal understanding of how Zipcar works! Raw milk is a controversial food topic right now, with contradictory laws and even less consensus on its benefits and risks. But in Alaska’s Kenai Peninsula, among other places, there’s one loophole, a goat-share program. Read about it, can work anywhere ... click here to read the Modern Farmer news article 2) Residents' Control Stops Deforestation? Expanding agriculture is the biggest driver of deforestation around the world. However, giving local residents control over forested land leads to better environmental management. An estimated 1.2 billion people rely on
Post a Comment
Read more ... » 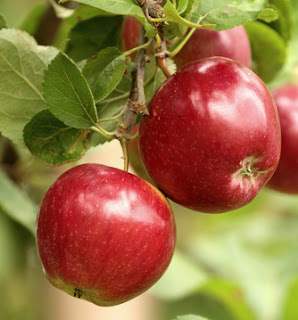 On some days I am posting recent stories on Food Forests Forest Relaxation Local Food Hubs Permaculture and some other interests 1) Tree Lore, The Apple Tree In Irish mythology, tree lore features in many of the old stories and legends. Not only that, but the secret ancient code of Ogham is based on trees and alternatively called the Tree Alphabet. It is said that out of Ireland’s 16,000 townlands, 13,000 of them are named after trees. Virginia, Co. Cavan, is known as Achadh an Iúir in Irish, which means ‘field/ meadow of the yew'; Kildare comes from the Irish Cill Dara, meaning ‘church of the oak’, whereas Billis, the townland where I actually live, na Bilí in Irish, refers to a large, isolated sacred tree. Yet tree lore and tree culture has almost vanished in Ireland. Why? click here to read the Ali Isaac Storyteller blog post 2) Traditional Irish Music & Instruments Traditional Irish music is an oral tradition whose origins can be trace
Post a Comment
Read more ... »
More posts