Bards Around The Hearth in July

by John Willmott - July 26, 2015
Sunday afternoon is usually Bards In The Woods time. People who know me know that I love a woodland venue much more than any inside event. Our woodland plans for this day changed some weeks ago to Bards In The Labyrinth using the little woodland that the Carrowcrory Tree Labyrinth had become.

As this day was getting closer it became obvious that the weather was to become challenging.

Well it was! Wet, windy and coldish.

One of the excitements was Mike Absalom asking to come along. Mike is someone that myself and some school friends were fans of in the mid 60s, during his years of 'fame', but with harp these days even better.

So Mike and his harp arrived, harp parked silently ... 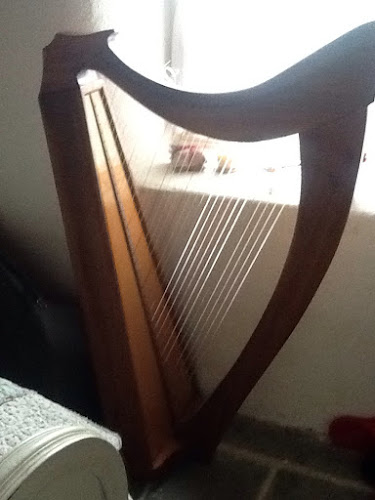 Most people arrived on time at 4pm and tea was served at high speed as well as the feeding of a feast. I had made vegan veggie pasties, as I often do ... 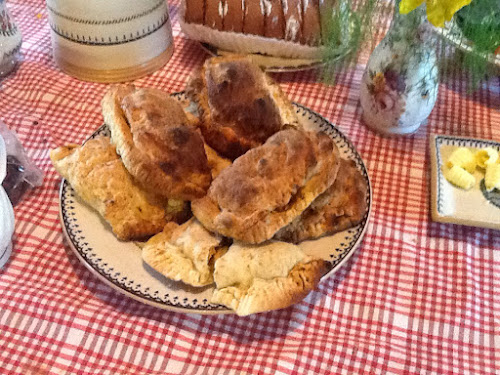 Also some creamed string beans which were woofed down, three bean salad with cheeses, my famous vegan potato salad, and a green salad,

As expected, visitors arrived with a terrific selection of mouth watering desserts. Jan's tangy lemon cookies were like Fizz Wiz as the taste exploded in your mouth. Delightful magic :-)

I, regrettably, did not get feat pics until everyone had moved on to the hearth. Here is a bit of leftovers of three of my dishes :-) 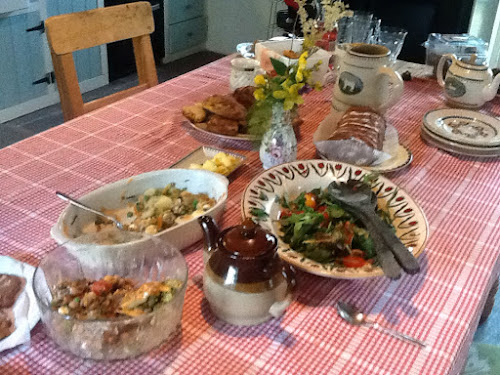 On the left of that pic is the edge of those now famous Fizz Wiz cookies.

Well, the rush for the hearth was after Tony Cuckson burst into song. He knows how to draw in a crowd and get people going ... 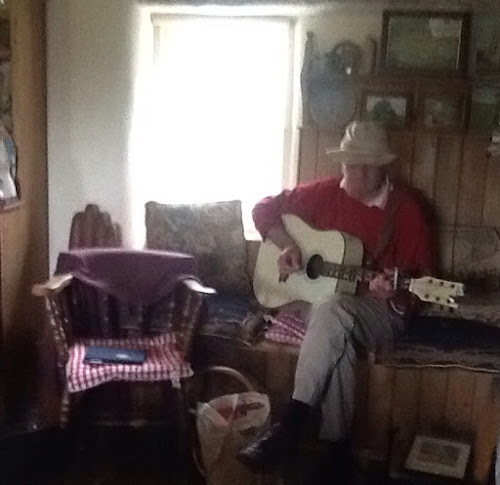 It only took moments, after the feast, for other guitarists present to get a lively guitar session happening quickly.

With everyone out of the kitchen, must have been 20 people, feat over, I took a few minutes out to catch up after the serving and have a quiet cup of tea. Then time for me to get into the Bardic Groove :-)

Mike Absalom was then called upon to get his harp ready and away he went. 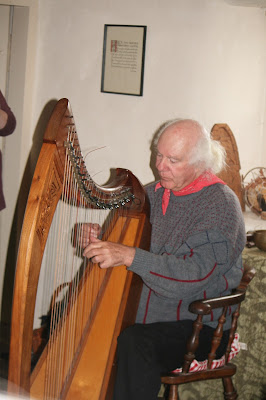 I could listen to Mike for hours really :-) 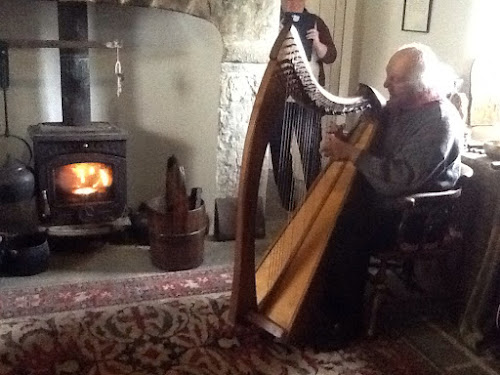 After a song and poem from Mike each bard took a turn with one or two poems, a story maybe, some songs and some tunes. The talent present was outstanding. 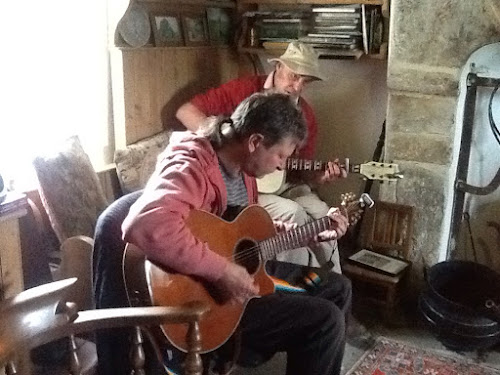 And they were also accompanied by the nifty fingers of Detune Del. 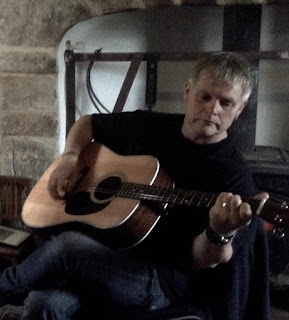 There were entertaining poems from Bee Smith, who was stunning, the best I have ever heard her. 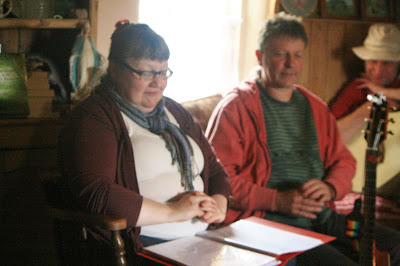 Tony stepped up to give us his version of the Sionnan Story that has developed beautifully since I last heard it. A must hear!


I did a couple from Ogma's Tale Of The Trees, Elder, Willow and Apple.


As for Bards In The Labyrinth, it did not happen, though I showed a few people around, when it was not raining. 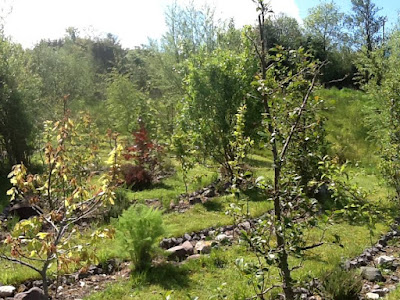 Inside the cottage our lovely ceilidh finished with George Hinter giving us a very entertaining poem about the rakes and skanks of Ballisadare with a great catch line at the end.

Darn I went out again for a breather but glad Bee made a video ... I've listened a few times now.

Then after about four hours it was all over, the people departed. 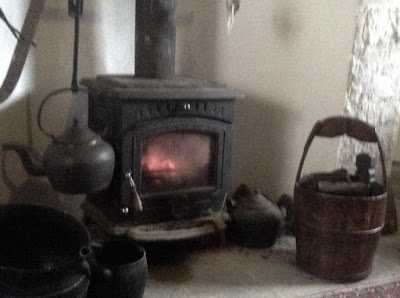 What this afternoon has reminded me of is that though I enjoy writing poems, songs and stories I've never really wanted to be a famous touring artist. This is a reminder that top passion is providing a setting for hospitality. Here at Carrowcrory it is through the tree labyrinth plus cottage ceilidh around the kitchen and hearth.

As well as Bards there has to be good food and tea! And they consumed most of that with joy ... 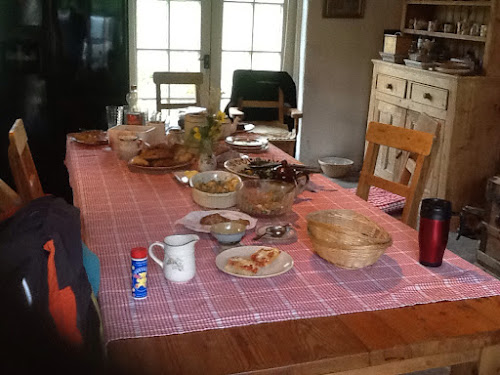 I love being a recluse setting up this stuff too. Adventures into local forests are vital to sustain the health and inspiration for all of this too. So many many thanks for the support from all to help me along with this. Its a huge reward seeing all this talent sparkle and be alive in these settings. This was one of those times that make one feel warm and fuzzy inside. 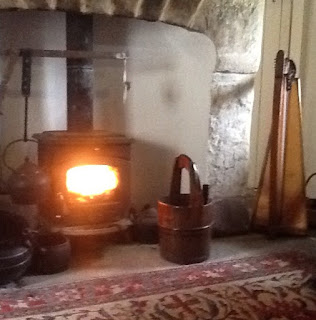 After the people had left, after an amazing Bards session here, there was suddenly an emptiness. Where has it all gone? where have they all gone?

Of course I will slink back into my hermit self again, it's already happening. I believe I was quite affected by the these lovely visitors through this afternoon. Everyone is so special and everyone was so good towards each other.

Thank you all so much for being here at Carrowcrory.