by John Willmott - July 21, 2015
Leitrim based Councillor, Padraig Fallon, a member of Sinn Fein,  has expressed concern over the increasing afforestation levels in Leitrim and the lack of support for farmers who wish to farm the land. He claims that forestry is replacing families and communities in rural Ireland. 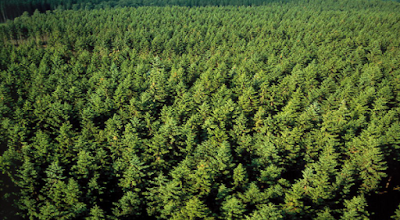 The Sinn Fein party have recently launched it’s ‘Stand up for the West’ campaign where it is calling for more protection for rural communities to prevent the decline and eradication of communities. 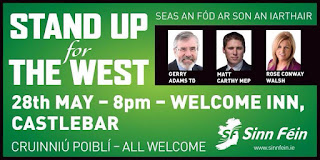 Cllr. Fallon tries to balance this by saying that he is not anti-forestry, but believes that the same incentives and support that forestry has in Ireland should be available to farmers, which I assume is for rearing more beef and sheep as very few farmers in Leitrim grow crops other than for animal feedstuff. 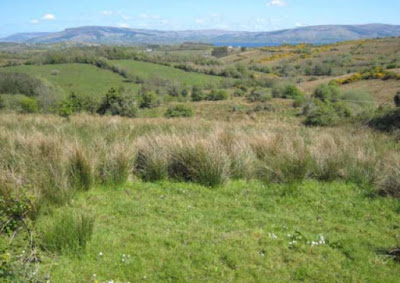 Oh dear, doesn't this rustle up a hornets nest of problems??

What Padraig says I find I both totally agree with and am also eager to challenge.

Total forest cover in Ireland is still ridiculously low, one of the lowest levels in Europe in one of the countries with the least density of population. However, where I am agreeing with Padraig is that the current forestry growth policy in Ireland is also dreadful. 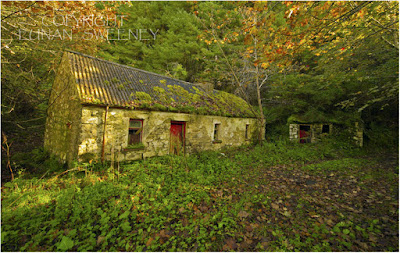 Leitrim cottage in a modern forest photo by Eunan Sweeney, click for site

Yes, the current forestry policy in Ireland does and will break up communities.

Yes, the funding for a specific type of forestry just now is much easier than for other farming. 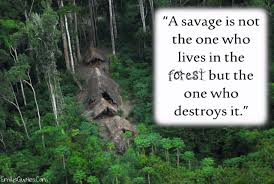 The Problem Is Not Forestry but Nationalism???

I see the biggest problem here is national policy and not forestry.

There could be, and will be, stronger national policies for Wind Farms and Solar Farms, also equally capable of destroying communities. Coilte and Bord na Mona are already on the path towards doing just that. There is currently a strong encouragement for people in rural communities to emigrate so that it eases the opposition possible when these big energy farms move in. 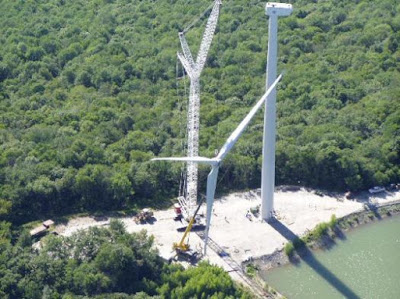 With forestry it seems that national Coilte land is fast intended to be converted into Wind and Solar energy land. Meanwhile privately owned poor grazing farmland is encouraged to become forestry with Coilte management, but Coillte contracting national and even overseas forestry planting, maintenance and felling teams to look after it. 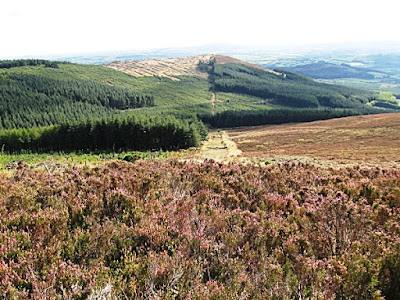 Absolutely none of this has any consideration for rural communities.

Overall, rural communities are seen as something that is in the way of today's commerce and business. The only ones useful are those communities that can be 'sold' as tourism 'exhibitions' ... and these days the closer a rural community is to the Wild Atlantic Way the better.

Since Wild Atlantic Way was marketed we have seen a large drop off of tourism visitors to our area while places like Sligo, Mullaghmore, Easkey and Enniscrone, on the Way, have seen a huge increase.

Forestry Should Be Community

Forestry is a multi industry resource!


Just look at that list and think of the many varied local jobs that could be created from all of that? 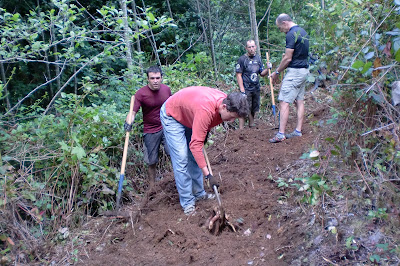 Like Padraig claims he is not anti forestry, I am not anti farms. I believe both need to be balanced and managed locally to reform communities again. 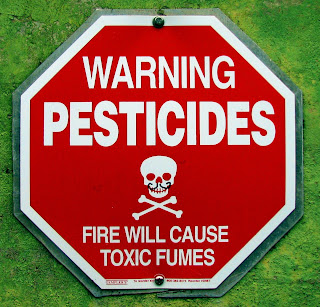 During the last 5 years, Coilte have heavily escalated the amount of poisons used for pesticides and even herbicides. More and more Public Forests are seeing 'Do Not Pick The Berries' signs, due to these chemicals, which is insanity. What about the bees? ... is bound to be the first question of many people. 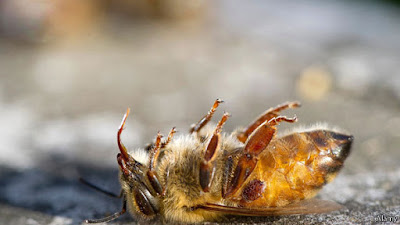 I just do not think this would happen with Community Forestry. 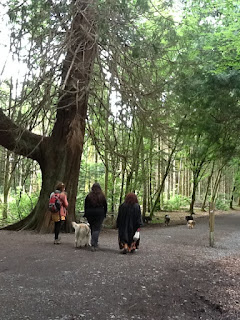 This is what I believe Councillor Padraig Fallon has concerns about but the remedy seems to be unclear to him. His issue, put to him by those who elected him, is that it is unfair that a farmer can go to a bank to ask to buy more land to increase the family farm but be refused. However, it that same farmer asked to use the land to grow forestry, then he or her can become part of this 'wonderfully green' national policy that is actually earth and environmentally damaging in it's present form, 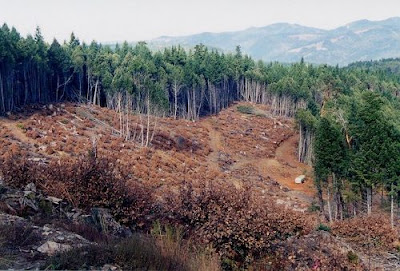 Community Forests could be the heartbeat of this.

Forests that are of mixed native species, never grown in rows, and harvested through a thinning and random planting management policy so there is constant cover. 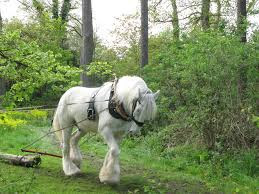 A community would have it materials for local construction

A community could have its fruits and nuts from the forest that is not full of chemicals. Animals could part graze in sections of the forest for much better meat at a lower cost. Community gardens would supplement what is grown, reared and harvested from a forest. Yes, some clear grazing land too. 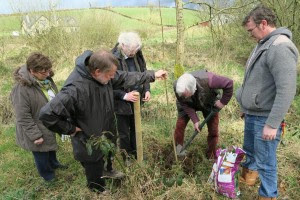 Also, staying on food, what about the catering and hospitality opportunities for those in the woods such as lunches for workers and picnics for people of leisure, and cafes for those escaping the heavy rain?

Medicines still important. Medicine is not and should never be just the corporate drugs from the local pharmacy. Herbals from the forest from the trees and the plants around still do a better job with most ailments. Its only the medicine corporations that tell us different as they want our money. 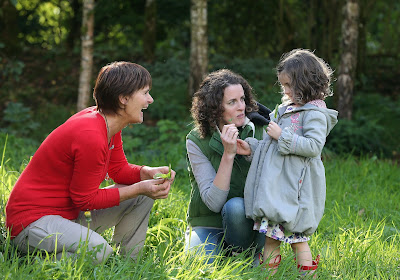 As for fuel, it is proving that Community wind farms, solar farms on roofs and managed coppiced woodland are far more efficient that national systems. The local research and development of this alone opens up many local jobs.

Education in forests is vital! 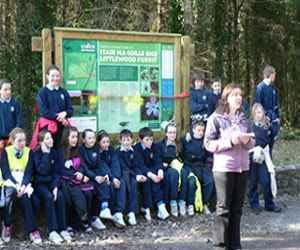 Children need to see and be among forests being created, managed and harvested for the local community needs. This is preparing them for the jobs of the future !!!  Adults need this education too.

Fitness? Why the gymnasium? What's wrong with forests for power walking, jogging, press ups, life ups etc? Cariovascular repair and maintenance in a woodland could not be better. Green Prescription stuff!

Leisure? Well who is not embraced by the smells and sounds of woodland, especially by water, when they give it a go. Many mental health issues can be simply treated this way. 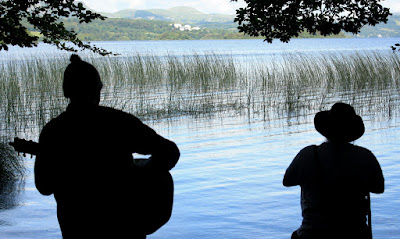 Entertainment? That should be obvious. Most people love outdoor events more than the sweaty sterile indoor ones. Stuff from stages, to small outdoor theatre performances, to sharing some poems and songs with friends ... the Community Forest is often the perfect venue, especially if accompanies with picnic. 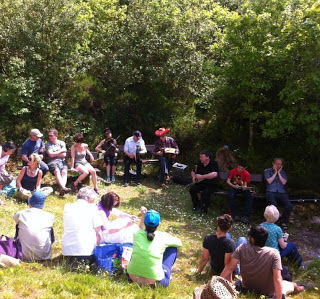 Spiritual completeness may seem like a puzzle, but if you engage in all of the above in your community forest this is something that just happens ... without needing a church.

Now go back over all that and imagine how that would all bring back your local community ... and also, all of the local jobs it would generate? 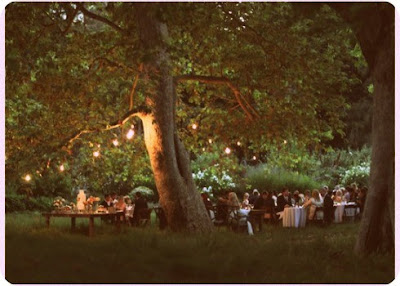 From what money, you may ask?

Well those in a community without work will probably be getting a state benefit of some kind? This is another reason corporations want to banish local communities as they feel these benefits come from the taxes they pay and they think they should not be paying taxes anyway.

So why not volunteer and start with that state benefit you are getting. See what else is out there. Job Bridge, for example, should be for local community initiatives and not for getting cheap labour to Tescos and corporate branches. Crowd funding and events for tourism bring in cash from outside to help out too. 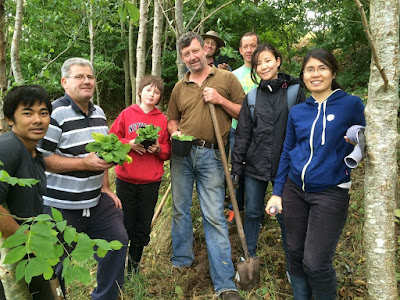 Once a community sets their mind to this they should grow their own economy and national does not matter any more with many things.

What still concerns me is that Councillor, Padraig Fallon's comments seem to be bouncing more off of a national Sinn Fein policy that he is promoting as solutions for the people who elected him. This is not anti Sinn Fein but an example of how, perhaps, a National Party policy is perhaps not connected to rural life. 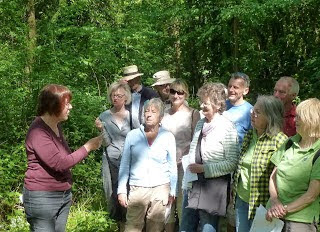 National Parties are funded by National and International corporations and mass interest groups and they want value for their donations. In just about all circumstances that never has anything to do with rural communities but for their own lists of people on spreadsheets without references to what communities they come from. Parties serve the organisations that fund them and those organisations self serve those who subscribe to them. Local Communities are just NOT in their mix. 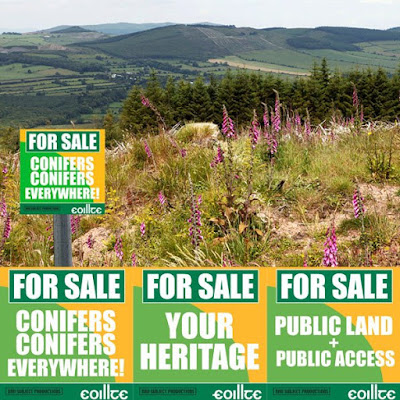 The only candidates that I can see that have any ability to self serve their communities are the unattached Independents who's total attachment is to the communities they represent.

Through them, through ourselves, lets Bring Back Rural Commonalities, especially through the support of maintaining and creating our local Community Forests as our lifeline.

Can we convert National Forests of Poison
to Local Community Woodlands of Provision? 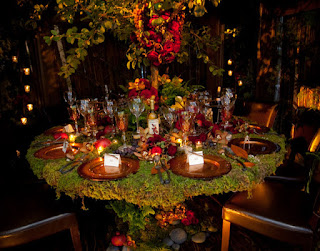 New Moon time today was 5:47 pm in Ireland and UK.

A few people have brought my attention to today, 11th, November 2015, which is a Remembrance Day, New Moon Day, Dark Moon Day and a day of Diwali, which is a Hindu generated Festival of Lights.


Diwali is a beautiful festival, the biggest and brightest of all of the Hindu celebrations, but why am I hearing a lot more about it from more people this year than  ever before? Is this partially to detour attention from Remembrance of those fallen from battles? That is really a huge alternative topic that I will not include here.


Hearing so much about Diwali actually causes me to have a 'flee from it' reaction, despite its beauty and relevance that I am certainly not fleeing from. I will rant  about this for a wee while now before talking of that which is known as Diwali.


With many thoughtful things that bring our attention to seasons, weather and the interactions of nature, and our part of all of this, seem to be paid attention to if…
Read more ... »

We went to this special exhibition at The British Museum London as it was in its closing days, finishing Sunday 31st. January. The last minute advance bookings were understandably selling out fast. Fortunately, we got a late morning booking and it was not too crowded.

The attempt of the exhibition, mainly sponsored by the Scottish Museum, was to attempt to bring some clarity to what we call Celts and Celtic today, how that 'identity' has happened,  and how this has been interpreted during the last 6000 years through art and crafts.

My review here is quite wordy with few of my own pics as the museum staff were quite enforcing against the taking of photos. I managed to sneak a few pics with my iPad.


The exhibition started by explaining what was not 'Celtic' in ancient times to illustrate how broad we use that word today.

There was a flash upon Greek culture as being the ordered remains of science, maths and scribed literature passed along from the Babylonian Mesopotamia…
Read more ... »

Events, Articles and Weather ...
People in Ireland are starting to celebrate either or both Brighid's Day and Imbolc, Brighid's Day for most people being February 1st, which is on a Sunday this year, with preparations made on January 31st, Saturday. Imbolc is the cross quarter time between midwinter and spring equinox, which this year is 3:45 am on the early morning of 4th February.

As most people make these Celebrations weekend events, as they are committed to other things Monday to Friday and there is no national holiday at this time. This year, with 1st February being on a Sunday, meaning Brighid and Imbolc meet-ups are going to be very popular and busy, despite the uncertain wintery weather forecast.
Events :
Here are what seem to be the big 5 events around Ireland,  Kildare, Co.Galway, Co. Louth, Glendalough and Shannon Pot.
Solas Bhride, Kildare
Hosting Feile Bride from their new centre from January 31st until February 8th, with celebrations at the Wayside and Tully wells,…
Read more ... »