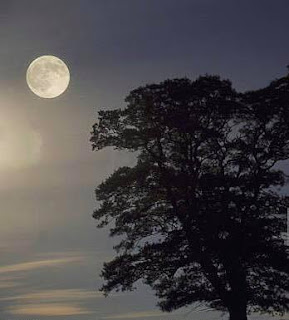 Added to that is the night of a Full Moon, that many call Cold Moon after a Native America interpretation. But to many ancient Europeans this is the Oak Moon ... please read more ...
It’s not the Norse-Saxon Oak word that gives this meaning, but the Gàidhlig language sound that eventually became scribed as Duir, Dui, or Drui, depending on your scribe.
Like most Gàidhlig words they are not referring to things but conditions.
Duir the Oak is a mediation condition balancing dark and light, overseeing accountability, and in modern terms is a doorway tree. To have the Oak Moon, Duir Moon, at the point of Solstice is so beautifully symbolic.
The Oak is a kind of Janus symbol, and Janus archways should be built with Oak for us to pass through but never see the faces of past and future at each end. Solstice, the meeting of the low tide of light in the Northern Hemisphere, the two faces of the light year past, and the light year of the future.
Also the point of the ‘faluchtra’ the combustion of shedded dormant material life from the of past year, ignited to conceive the life to flow from Imbolc back into the Oak, back into all trees, back into the continued cycled year.
A time when a fallen Oak of Odin is placed into the cold hearth of Freya. There it is ignited by the Birch that mediates the air of Freya and wood of Odin to create the fertile fire. The log of Odin burning for hours in the hearth of Freya. We have a similar story of Daghda and the Mór na Coire Cíuín in Ireland, and very local to us here at Carrowcrory too 🙂
So the Duir Oak Moon and the point of Solstice also mediating the male and female dancing in all things to keep the hearth of life, of love, alive.
Celebrate this well, my friends, if only its the inner re-alignment of love within a favourite peaceful space.
Hello Capricorns ...