From Healthy Thoughts To Healthy Deeds 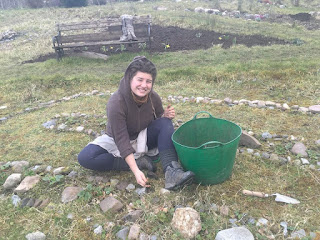 I was going to post a fae story today, because for awhile I have drifted away from the folklore stories and poems I normally share.

But this is January and there’s a lot of attention, by people in the Northern Hemisphere, on mind clearing, toxin clearing, weight dumping, and working on all kinds of affirmations and intentions created from the moment the balls dropped and fireworks exploded.

My own stumbler is ‘plan of action’, because with any approach to that blinkered thought process, I become haunted with the John Lennon mantra of “Life is what happens while we are busy making other plans”.

To overcome this, I try to make efforts to be in spaces where the inspiration is likely to be compatible with where I want to be and what I want to do. But this is still human ego control doing some organising. Another challenge is to accept we are human, and this is what we do. We calibrate and make things.

Inspirations mould into thoughts, thoughts become words. Words kindle and ignite actions, actions become habits, habits become the image people define us with. How we are defined seems to carve out our destiny. I seem to recall Ralph Waldo Emerson saying something like that?

Though these are more steps than the cycle of the seasons, that journey from inspiration to destiny seems like an annual cycle that we live by. At Samhain, Yule, Christmas, and New Year’s Eve we seem to converse, toast and celebrate our harvests and what we have become, then on January 1st onwards we start that cycle all over again. 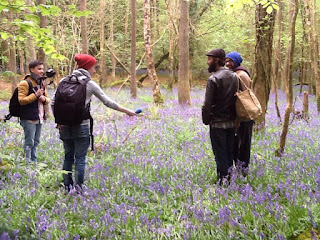 The first part of this,
when consciousness inspirations become thoughts,
is like our own big bang theory coming into play.

I have never been a ‘big bang theory’ fan myself as I do not like the question “big bang from what?”. I find I cannot believe in space and time being realms. To me, preventing an allegiance to time and space prevents a confusing foolery of time taming madness.

I cannot believe in a natural beginning and end, but use beginnings and ends as convenient calibration points as we humans do.

Anyway, I will carry on. We have consciousness, that I believe is infinite, blasting us with a huge catalogue of thoughts. Thoughts that are unconnected but assembling themselves into spirals trying to make connections while throwing us into confusing torture.

Due to our quests for clarity, order, and focus, we try to fish these thoughts to assign them words. We couple these words together into little galaxies that we may be able to filter into images, and calm down our synapses.

With us humans, it needs words, though maybe images and sounds are enough sometimes, to communicate with each other, create connecting bridges between each other.

Our huge challenge with this is being able to express our images, sounds and words that other people will understand quite closely. So, we may try to connect “I love you” so that its not understood by the receiver as “fuck off you”.

Fortunately, as humans, these days most of us are educated to read and write. What an amazing gift that is!

As our galaxies of words begin to orbit as sentences, paragraphs and essays, they seem to kindle and ignite actions. We do this because we have risen and broadcasted our words as our flags of perception and intent.

If our sentences do not make sense, though, there is no habit forming, no call and response, no imagery to define what we are saying and doing.

With our sentences we can create tyranny against the ordered grammar police. We can break down sentence format ‘rules’ to create poetry that sets spirit free and let it soar and manifest human flourishing. 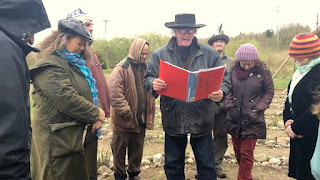 Our free but flowing connected words move us into action,
and these actions become lifestyle and habits.

Poetry is our gift of consciousness wrapped by human scribed packaging, but some of us do not open these gifts any more.

But I feel that our health depends on this unwrapping. What will be your poem that you share in action today?

It seems odd, that we spend our lives trying to unlearn what our schools conditioned us into. The algebra culture.

We enter into the slow re-learning of what it takes to get back into nature, a sustainable life integrated with all life rather than controlling it ... with algebra. 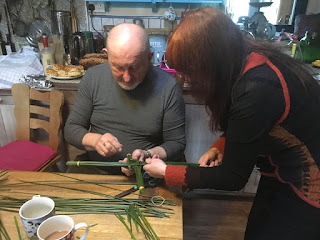 Its a lifelong detachment action
from the habits we were ‘schooled’ into.

So if our habits do serve images into the minds of other people, that define us, it seems to confirm that healthy habits become robust, sustainable, mentoring, and influential.

Its January 2019 now. Each day, for at least another week or two, we are comfortable with the bravery of waking with a ‘seize the day’ attitude, even ‘seize each moment’ attitude.

The new words from us, new actions, new habits, new ‘look’ in the eyes of others, and each moment thereafter, is our new destiny.

It almost feels that if we do not have the courage of transforming ourselves during this transforming rebirth time of year, we will not be robust enough to recognise and experience our destiny.

Instead, we could remain as a moulded being shaped into what society is expecting from us. This is another situation of deciding if we want to be at the lower rungs of a pyramid or part of a vibrational sharing circle. 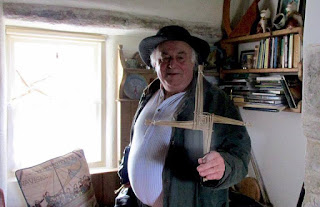 I interpret ‘destiny’ as an awakened state.

I vision our ‘third-eye’ wide open to experience our life path, rather than follow a spreadsheet plan or curriculum.

Carl Jung said something like, “Until you make unconscious conscious within you, it will direct your life and you will call it fate.”

‘Fate’ to me, is about donating our spirit, language, actions, habits, and destiny into the hands of others. To shorten that, its about living a ‘do as you are told’ life.

Reflections now of my childhood days of being told to “respect your elders and do as you are told, because we have to”.

I replied with, “Well that means that not everyone is doing as they are told because it would need some people to do the telling” ... to which I would get a slap with a hand, slipper or stick.

I would then shriek “well who told you to do that!” ... ‘God’ would eventually enter the punishment enforcement, of course.

Bad habits there by the slappers, with no destiny. I have long forgiven them and jest about it now.

A person of ‘destiny’ rather than ‘fate’ seems to be a person bursting with bringing meaning and connection into their life. Life’s purpose becomes life ... rather than planning it and creating a curriculum for it

Now, isn’t that a simple healthy affirmation package to ignite this January?