From Scribing To Hash Tags, part one ... 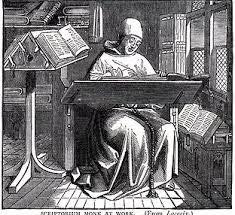 When people visit Ireland, especially for Pilgrimage purposes, there are many questions about the mainly ruined relics from the Monastic community age, from 5th to 10th centuries. This seems to have been a time of devotion to a singular quest of translating local folklore into a Biblical and Christian distribution quest.

I have even been asked
“what date did Ireland convert
from Pagan to Christianity?”.

My answer could be a whole book, but for short my reply is usually, “it hasn’t really happened yet”.

To me, those early Monastic communities were a kind of industrial revolution of that Early Medieval time. They were big business. They set themselves up on what were trade routes of the time, so that they could set up tolls and get a slice of the trade.

The heart of these Monastic communities were their campuses of learning, the universities of the time. These schools introduced ‘scribing’ to Ireland.

Scribing became a better and easier way to archive information than through memories. Scribing was the first knitting together of symbols. These scribing schools also standardised languages.

Through scribing, on stone, wood, parchment, and eventually paper, a new education system developed. This education system also created a class system throughout this land now called Ireland. Education developed divisions among people like what had been established in Rome, Greece, and the Middle East.

The first scribing system, called ‘cuneiform’, seemed to have developed in Sumeria, five or six thousand years ago. From then it seems that the craft of scribing has taken 5000 years to spread around the earth. I am just going to focus on the Ireland evolution of this.

It was the Ancient Greek alphabet that methodically fixed sounds to symbols, connected the symbols, and formed what we now called ‘language’. It looks like it was these Ancient Greeks who first identified and applied vowels to symbols, to letters. 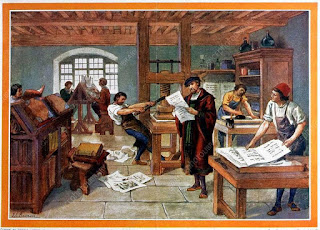 There were the more ancient pictorial alphabets

... such as Chinese, that also instrumented educational elitism and class divisions.

For us in Ireland, it was the breakthroughs in scripting through Ancient Greece that not only founded archive scripting but also music notation and mathematics. These scripting abilities also cultured creation of literature and philosophy, and theology.

Regrettably, through scribing, humans defined and declared superiority over all other animals. This developed into a philosophical assumption, and even justification, that humans were created in the image of God and held divine right over Nature.

Today, fortunately, but a bit late, many of us are trying to change that assumption, that human story.

These groups of people regard these Monastic community areas, the foundation spaces of scribing, as being highly spiritual. Their Monastic founders are now regarded as shamans.

I think it would be very interesting to see if people in 2000 years, if they are still here, will call Bill Gates and Steve Jobs shamans? This is what I am going to explore with this article. 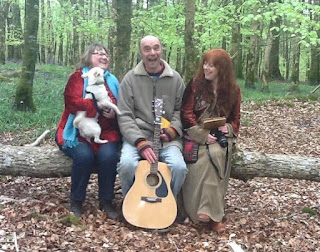 I am looking through the ages of
oral, scripting, printing, and digital

... to bring attention to our changing spiritual, divinity, and earth caring quests.

I tend to regard any religion as being a creation and projection of economic powerhouses. Religions command changes on people’s lifestyles, and they profit from it.

To enforce this, religion seems to have been a huge dominance during transitions of communications.

Humans have changed how they live together, and how they were organised through the ages of oral to scribing, scribing to mass printing, and now from printing to digital archiving through using screened devices.

There now seems to be a transition from text to video, and even back to the original oral, podcasts, through faster digital and expanded storage.

To me, religion has always been a materialist conception. It uses doctrine to lobby and enforce both material and political gains. A major world rebellion, right now, is against how religions have kept women in servitude.

Communist founders like Lenin and Marx seem to have developed their communist equality passions from recognition of faith. They regarded religion as being a system where a self chosen few people trickled down fearmongering faith to create control over people. Religion, a system that enforces fear and suffering with a false promise of later paradise. 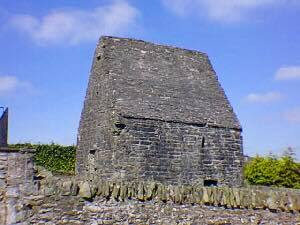 Religions, from the revolution and evolution of scribing,

... spread belief that fed into the human opiates of supernatural wonder, and they incubated fear through human superstition. When these things were written down they were deemed to be much more powerful than in their previous oral form.

Its amazing how many scribings were told of being handed down from the sky by God, and even in the language of the people receiving them.

One thing religion could never do, and has never succeeded to do, is totally wash out the human ability of ‘magical thinking’. Somehow, the connective community spirit of humans has managed to ‘secretly’ co-exist their magic thinking with enforced religions and scientific rationality. And we humans can do this all within our same brains.

What an incredible intelligence we humans have, to be able to hold two opposing realities in our minds, and make some sense of it? We can merge timeless spaceless consciousness with the barbaric control herding of religion, monarchy rule, political patriotism, and corporate lifestyle control.

What caused us to believe in the
creative fictions contained in religions?

Maybe I am as guilty and I talk ablout things through the medium of folklore and it’s stories of traveling spirits, sidhe, and fae world.

I think it may be religion that has inspired, motivated and organised us into advancing into creating technological societies. All of what and who we are today seems to have been guided by a Pandora’s box of stories, the core, heartbeat, and furnace fire of humanity.

Fables have been absorbed from texts of religions, and humans have declared these texts as ‘sacred’.

I am thinking, again, of the setting up of scriptoriums through Ireland and their cloned scribings of gospels and psalms in the local languages. Then today we get the mergings of a sense of sacredness upon our scientific changes. An elected TD, parliament representative, in Ireland, recently spoke of how God created Climate Change.

The ‘will of God’ proclaimed in any situation, seems to be attempts to convert abuse and egotistical destruction into virtuous acts. 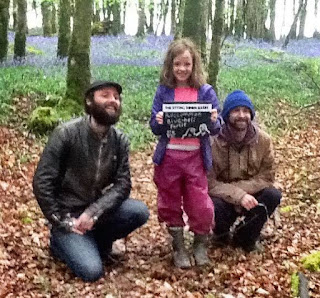 ... seems to have been done through the leadership of a few tin-pot despots to avoid distraction of their enforced followers. They seem to have also reduced Jesus’ vast family down to three characters for better more focused control.

It may be debated that oral distributed animist faiths of tribal societies, in the non-scribed world, were rulers and controllers too. They also enforced barbarism over their people. I do not think it was anywhere near as dominating as the dominion over Earth that the bookish people now hold ... otherwise those oral people would have held the humanity on earth.

Quietly the remaining oral tradition people may still do this. Should there be a human extinction they will probably be the last to go, and may not go, but build up the next human population?

I have written here about transitions between oral, scribing, printing and digital. This is not all about text. Art through sculpture, carvings, drawings, paintings, and now photographs all archive our stories too

I am now questioning how communications can either surrender us to our connected ‘magical thinking’ or validate our constructed and followed organised beliefs?

We humans live by stories, and stories can only be replaced by another story. We may say we are academics and stick to the science and the facts. Truth is, it seems, we only listen to the science and facts if they are presented to us through stories. A string of ‘facts’ can never dislodge or replace a story. 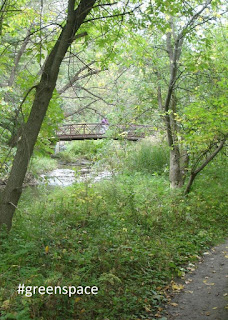 We navigate life, we navigate earth,
through stories.

We hold within us a narrative instinct to interpret what seems complex, and bring simplicity to what seems contradictory

The people who tell the most powerful stories run the world. But through how many languages can they do this through?

The fate of languages that carry these stories seems to have somehow flowed in a similar pattern to the reduced diversity of wild animals on earth. Both animals and languages have gone into extinction, and this is still going on.

Through part 2, of this article, I will be exploring how our human faiths, divinity, and re-connection to nature, and the breakout to re-wild ourselves, has changed through scribing, printing, book work, digital distribution ... and, of course, #hash tags.

Stayed tuned, and please return here tomorrow for the conclusion of this article ...