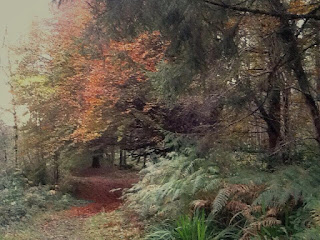 600,000 native trees around Ireland within 3 years

New Irish Government policy is to plant 600,000 native trees around Ireland within 3 years, edged on by the Green Party.

Looks like good news at first glance. My first reaction was that this would bring Ireland in line with Scottish policy that has proven to be a huge success, and was also steered by a Green Party motion and lobbying. Forest education and tourism has become successful and is expanding rapidly in Scotland. It’s Ireland’s time now ... but!

I read about this elsewhere and, sadly ...

Is this merely a Government Spin?

There is also debate over the trees selected for the 600,000 to be planted. Species are to be Scots Pine, Alder, Sycamore, Hazel, Holly, and Downey Birch all planted over abandoned commercial boglands. 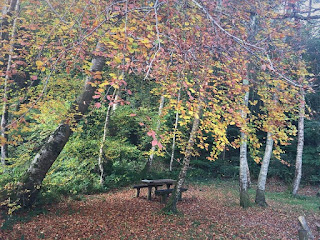 Let’s look at these Species To Be Planted closely

Downey birch fabulous. Its a pioneer tree and it’s seeds in the wind naturally start up new woodlands and surge toadstool growing. Tapping the sap in February also useful. It should be ok on bogland, but not it's favourite place.

Alder is an amazing bog drainer and nitrogen fixer that encourages transformation into more fertile and balanced soil for other trees to be happy in. It is also a huge CO2 consumer.

Hazel also a huge CO2 consumer, a good coppicing tree producing huge yields of offshoot branches useful for bring old crafts back. The nut fruits also great for us and attracting wildlife back. Is ok growing in bog, but would prefer better.

Scots Pine controversial as it is accused of not being native. False, Scots Pine was here way back when Ireland was called Scotia. It is a tree of many uses, especially preventing erosion. Care needed that the land is not too boggy.

Sycamore, well that is an immigrant, brought here by the Normans when they discovered that Ireland’s tree cover was reduced down to 10%, a long time before Cromwell’s men appeared with axes. Very useful wood and quite fast growing. Very easy wood to work with and strong. Not sure about this one in the bog though?

Holly draws a lot of water and also protects other trees from lightning as it’s needles work well as conductors, does ok in the bog but grows very slow there.

Why It Is Better For Us To Do It Ourselves?

Overall, I see this policy that initially looks amazing, to actually be some government spin. They crashed out of the super-sized wind generators, which is good news, and there is no longer any commercial viability for digging more pear there. This spin policy seems to be just to fill a gap and save face.

Native woodland planting and management is really something we need to do ourselves and not be nanny fed by government policies, as they usually let us down by their constant self serving hidden intents.

I have a long article out about this, click this link.

My upcoming book, ‘Bathing Our Roots’ goes into this further. 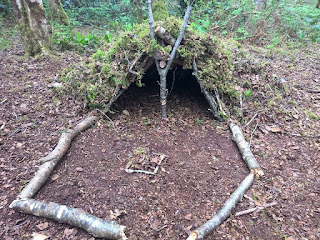 Right now, I believe Forest School and Education is so vital for all people of all ages to create an understanding, as well as a lifestyle adapted to a landscape of woodland as well as farming again, and even some farming in woodlands.

To read the report of the new tree planting government policy that I am reviewing here, use this link ...